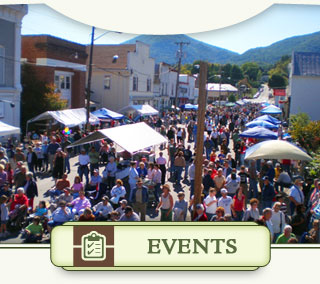 Small towns have the best festivals. All across Virginia’s Western Highlands, you’ll find fairs, festivals and special events that celebrate everything from maple syrup season to railroad heritage to our spectacular fall foliage. And you’re invited to them all.